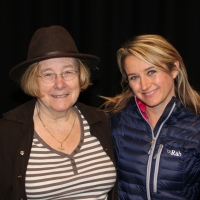 Kate was a founder member of the Everyman Youth Theatre and performed in many productions including ‘Our Day Out’; ‘Nicholas Nickleby’; ‘Independence Day’ and ‘Poppy’. She performed at the National Theatre in ‘As You Like it’ and ‘Framed’. She played a leading part in an award winning film called ‘The Tigers’ when she was twelve years old. When Kate left school she took a year’s foundation course in dance at Swindon College, before winning a place at Doreen Bird’s School of Dance.

She completed her training with a Drama and Musical Theatre course at Arts Educational School in London. She made her professional debut in Pantomime at Bognor, followed by work in a Theatre in Education team in schools and the community. She was delighted to return to The Everyman Theatre as a professional actor, playing leading parts in ‘Amedeus’ and ‘Romeo and Juliet’.

Kate enjoys performing in Focus Theatre, as it keeps her working in her chosen profession.Kate has been successfully teaching Drama for many years between bringing up her large family. In 2010 she became the proprietor of a holiday camp company called 4-2-11. This is an Arts alternative to sports based camps. 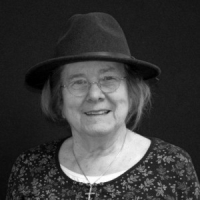 Sheila Mander has been teaching and directing Theatre in Gloucestershire for over 45 years.

She attained the highest mark in Britain for her teachers’ Diploma at the Guildhall School of Music & Drama. Having studied to become a professional actor she worked in weekly rep radio and film before producing her greatest achievement- 6 children. Returning to work part time at first and building a huge speech & Drama practise, as well as classes in drama for all ages- she has taught from 4 yrs and all ages up to  to A level Theatre Studies.

She became head of Education and founded The Everyman Youth Theatre & the Reachout Department at the Everyman Theatre in 1986. In 1990 she was promoted to Associate Director, directing both Profession shows. In 2003 she was made an Honorary Fellow of Gloucestershire University for “Raising the expectation of Young People throughout Gloucestershire.” She has Since co written and Delivered the Foundation degree and the BA honours degree  in performing Arts for the University. Sheila has a huge passion for developing confidence in all ages, and looks forward to helping guide Mander Hall Academy to the challenges ahead. 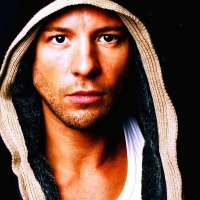 Tom trained at Laine Theatre Arts on a Scholarship and immediately started his professional career in ‘Saturday Night Fever’, Germany choreographed by Arlene Phillips, he played the roles of Joey and Ceasar .

After his time in Germany, Tom toured with ‘Saturday Night Fever’ which included a Scandinavian arena tour and two UK tours ( Acting ) prior to playing Ceasar ( Main featured dancer) in the West End London Apollo Theatre. In 2006 Tom performed in ‘Movin Out’ choreographed by the world famous Twyla Tharp also at The Apollo Theatre.

Following Toms theatre years he ventured into the commercial scene and was very pleased to be part of the ‘Take That stadium tour’ ‘Ultimate Tour’. Tom has worked with Take That on many occasions including ‘The Royal Variety Performance’, ‘The Brit Awards’ and the’ Ultimate Tour’ DVD.

If you are a fitness fanatic you will have seen Tom on numerous fitness DVDs including Denise Van Outen, Steps, K-Swiss, and Ministry Of Sound.
Toms film credits include ‘Mamma Mia’ the movie in which he was privileged to work with Meryl Streep and Pierce Brosnan for 6 months.

Tom has also been lucky enough to travel around the world shooting commercials and modelling, which include; the face of ‘Juliper Beer’, ‘PlayStation’ , ‘Iceland’, McCain chips and ‘Vodafone’ .

In 2009 Tom was chosen from thousands of dancers to perform with Anastacia on her world tour in which he also performed acrobatic strap work. Tom has also travelled the world performing the costume ‘Quick Change’ act to many a surprised face, and a theatre premiere of ‘Vampirette’ in manchester.

Tom is now holding dance Workshops, teaching and judging competitions across the UK. 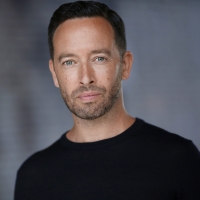 Alex was born and raised in London, England. His first job was at the age of 12 working with Sir Andrew Lloyd Webber on a show called Young Apollo. He went on to train at the prestigious Arts Educational School in London where he was awarded the Andrew Lloyd Webber scholarship for Musical Theatre.

Durinig his time at college Alex performed at the Royal Variety Performance and the Brit Awards working for Arlene Phillips. After graduating Alex went straight into work. His first job was Sir Andrew Lloyd Webbers ‘Sunset Boulevard’, working with Sir Trevor Nunn and the legendary Bob Avion. Alex was the youngest cast member in the history of the show.

His next show was ‘Joseph and The Amazing Technicolor Dreamcoat,’ teaming up with Andrew Lloyd Webber and again becoming the youngest person in the history of the show to play the title role of Joseph on stage.

Many shows followed including ‘LES MISERABLES’ ‘RENT’ and ‘WE WILL ROCK YOU’ which he made his home for 6 years. Alex performed and acted as Dance Captain, working alongside Ben Elton, the legendary Brian May, and again with Arlene Phillips.

Cathie started her acting training at 14 and since then has gone on to graduate from the University of Gloucestershire as the first year on their BA Drama degree. In that time, she has performed in numerous productions covering everything from Physical Theatre, to Pantomime, to Shakespeare, and even the Gloucester History Festival as Emmeline Pankhurst.

Professionally, Cathie has worked at the National Theatre as a Scenic Artist, working on productions such as Peter Pan and Hedda Gabler. Alongside scene painting and prop making, she has also worked as a Stage Manager at The Everyman, for theatre festivals in West London, and for Mander Hall.

This year she is moving over from the ‘Dark Side’ and is taking on an Assistant Director role under the watchful eye of Sheila, as she embarks on her training to become a Drama teacher. 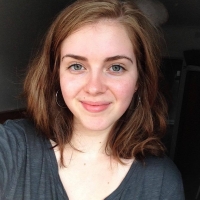 Esme has always enjoyed drama, dance and singing. She’s been dancing since she was two, progressing from ballet to tap and modern. Esme has also always been a member of a choir and has passed all her graded singing exams. She has studied drama since she was five, and started classes with Mrs Mander and Kate. Esme is currently studying for her A-Levels.